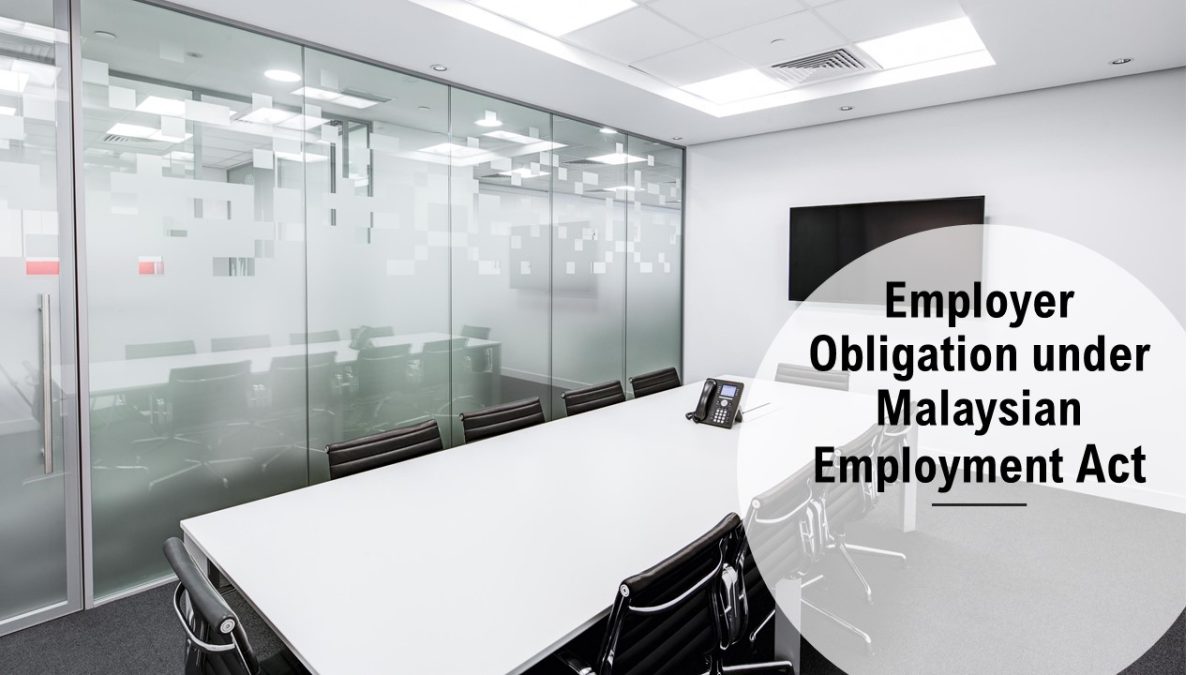 The main legislation governing employment is the Employment Act 1955. The Employment Act came into force effective 1 June 1957 which applies only to West Malaysia. Effective 1 November 2000, it also applies to the Federal Territory of Labuan.

Pursuant to First Schedule of Employment Act, employees are defined to:-

What is the Minimum Wage?

Employee must be paid the average minimum wages as set out by the Minimum Wages Order (MWO).
Effective 1 January 2019, the minimum wages for employees in Malaysia is RM 1,100. Pursuant to S.25 (1) of the Employment Act, the employer must pay the employee’s wages through bank. Otherwise, a letter of consent to request the employer to pay via cash should be in place (only peninsular Malaysia).

Every employee is entitled to 11 paid public holidays at Ordinary Rate of Pay (O.R.P.) based on Employment Act, 5 of which shall be:

The remaining 6 days will be depends on the company policy or reference on that public holiday to give out the paid leave. Thus, it must be at least 11 days of paid leave given to employee.
In addition to that, the employee is also granted holiday on any day appointed as a public holiday for that particular year under S8 of the Holidays Act 1951.

An employee is entitled to paid sick leave in each calendar year as follows:
a) Where no hospitalization is necessary:

b) Where hospitalization is necessary:
the entitlement will be 60 days in aggregate but any paid sick leave taken must be deducted from the 60 days.

These are the general types of termination, there are more. During the period of notice, the employer can still terminate the services of an employee with immediate effect if the employee commits any act which justifies instant dismissal, such as misconduct.

Under Employment Act Section 60E(1), an employee is entitled to paid annual leave of:

Under the employment act, there are two types of Part-time employees-

If a part-time employee is required by his employer to work beyond his normal hours of work, the employer shall pay him for such extra work at the following rates:

Any employer who fails to pay any part-time employee for any work done beyond his normal hours of work in accordance with the rates as specified under sub-regulation (1) commits an offense and shall, on conviction, be liable to a fine not exceeding RM 10,000.

A new employee will invariably have to go through a period of probation enabling the employer to test his or her suitability of the job he or she is engaged to do. Qualification and skill alone may not make one a good employee, other factors such as attitude and aptitude towards work and colleagues must also be tested before he or she can be confirmed to take on the job.
During the probation period, the employee can be dismissed without notice and the same applies to termination on the employee’s side. The probation period is usually between 1 to 6 months, subject to the discretion of the employer and the dismissal has to be justified. If a dismissal on the side of the employer is given after this period and is not due to misconduct of the employee, the latter is entitled to layoff benefits. The basis on which the calculation of number of days paid is the same as for the probation period.
So I hope you’re now clearer with your employer obligation under Employment Act 1955. If you need assistance on our Business Process Outsource Services, please call us at 011-1217 8183.